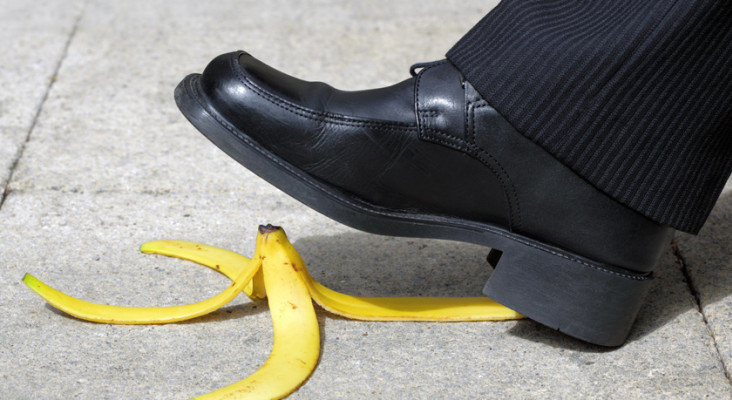 I have recently had a birthday which ends in ‘0’. It’s quite a big deal when you hit a particular decade (I’m taking the 5th on which one) so I naturally decided to go out with a bang and have a big bash. A few trusty friends helped in the organization and I wanted to thank them with a little gift.

The online shop sent the parcel well within time with a tracking number for the courier and all was well until the day of the party arrived when I realized I was still minus thank-you gifts. It was still the morning and there was surely enough time to deliver… or was there? Cue in creepy, suspense music.

The shop contact person sprung immediately into action and was horrified that I was still waiting. I have no problems with them at all, in fact, they were so apologetic I found myself trying to make the customer service lady feel better! The fault lay squarely with the middle-man, the courier company. A parcel was to be delivered to a Sandton address (hardly, a backwater) with two days to spare according to their delivery terms. What could possibly go wrong?

Firstly, there was no telephone call, SMS or email to confirm a time and date for delivery. Do they really think that people have nothing better to do than wait around for days, on the off chance a delivery may occur? When the shop followed up, it was claimed that delivery had been attempted on two days. Interesting, that on one of those days, there was someone at the address the entire day and there was no note or any attempt to contact me. The agent then offered to deliver the following day – the day after the party. When this was pointed out there was an uncomfortable silence.

Eventually, after the shop owner had threatened the courier company with all kinds of unpleasant consequences, I received a call to the effect that the courier was going to make a special delivery and the parcel would be in my hands by close of business. ‘Murphy’, however, had other plans and decided to bring the freeway to a halt. Frantic telephone calls and much frustration and embarrassment later, the parcel did indeed arrive ten minutes before the party started.

The proverbial day was saved but at what cost? The online shop will possibly never use the courier again because they have to know that their deliveries are dependable; the shop itself could have lost a customer and incurred reputational damage (fortunately, in this case, they gained my loyalty because of their attitude); the customer may have been embarrassed and out of pocket; the courier company had to pay for a ‘special delivery’; the time wasted on trying to solve the problem involved five different people. It was a routine delivery, the courier company’s core business. While customers generally do understand that mistakes happen, it is how the problem is handled and resolved that determines a happy or unhappy customer.

It is never helpful to lie nor to imply that the customer is at fault – even if he/she is. I was incensed when I was told that there had supposedly been two deliveries because it sounded like a lie and the implication was that I was to blame. It is for the service provider to take ownership of the problem and to find a workable solution quickly, not hide behind fault-finding.

It is important that the person who is the first point of contact for the organization is empowered to read the situation and to respond appropriately. Being passed up the line and the concomitant delays, simply fuel the frustration and anger levels. While it may appease the customer to have a senior person handle the situation, this is not always practical, neither is it conducive to building a sense of trust in the organization’s staff. Next time, if there is a next time, I will want to go straight to the top because I have learned that otherwise, I am wasting my time.

When necessary, pull out all the stops to fix the problem. The courier did organize a special delivery to the party venue and I appreciated that, but this is not profit-friendly nor sustainable. When the problem arises out of routine, core business then it is essential that lessons are learned so that it does not happen again. In this case, a simple procedure to confirm the expected date and time of delivery with the customer would have prevented the problem, thereby saving a lot of stress, time and money.

Human beings are fallible. “If it can go wrong, it will go wrong.” It is important to have logical and tested procedures in place to avoid mistakes, but it is vital that these procedures are reviewed whenever anything does go wrong. The fit gets fitter not just by hard work but by constantly tweaking what they do.